This newest discovery comes to us all the way from the Pacific Ocean as what appears to be a massive new tube-like structure was recently discovered stemming from all the way at the bottom of the ocean.

That’s right, this rather gigantic skyscraper is literally just the biggest mystery that we’ve ever gotten to as of yet and as far as we know it is literally unexplainable by scientists all around the globe. 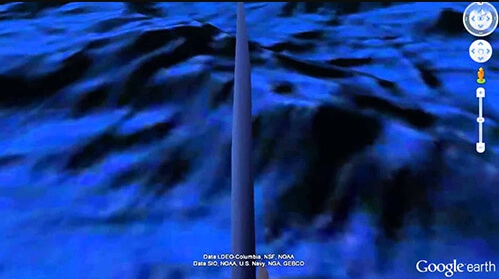 Through the use of Google, Earth experts were able to come across this following massive structure and as you can see it’s insane.

It appears to be around 1 mile long or so and what’s especially strange about it is that it appears to be connected with the Great Pyramid of Giza of all things.

In case you didn’t know already, the Pacific Ocean is on the exact opposite side of the planet to the Giza complex and this skyscraper in itself is perfectly parallel to it. 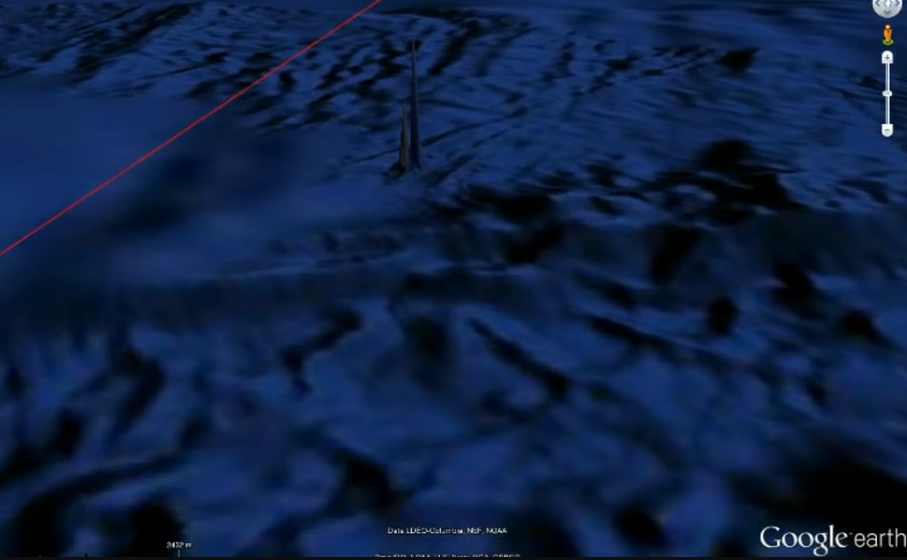 Many believe that it could be the mythical entrance to the Inner Earth although this has been heavily debated on a daily basis by experts. As far as we know though it is rather unexplainable as although it does appear to be artificial it could actually be a natural structure we have yet to discover too.