A huge object with its shield raised can be seen on Secchi’-HI2-SREM. The object appears to be circling our solar system and resembles Ezekiel’s Wheel.

The most widely known UFO account in the Bible is Ezekiel’s Wheel. 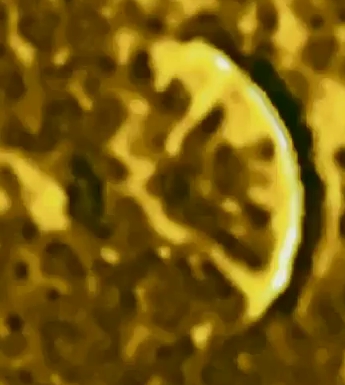 “I found a wheel beside the living things on the field, one for each of the four of them, as I gazed at them. 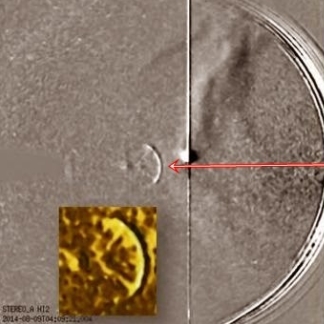 Ezekiel’s imagery was strongly inspired by the Second Temple spiritual tradition, in which the visionary ascended through the Seven Heavens to experience God’s presence and acknowledge his actions and intentions. Furthermore, Ezekiel depicts Jerusalem’s destruction as a purification sacrifice on the altar, necessitated by the “abominations” in the Temple (idolatry and worship of the god Tammuz), as described in The Book of Ezekiel. 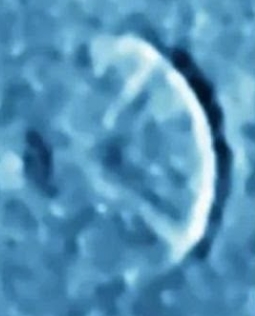 Ezekiel is the third of the Tanakh’s Main Prophets and one of the Old Testament’s largest prophetic texts, following the books of Isaiah and Jeremiah. Between 593 and 571 BCE, the prophet Ezekiel was exiled in Babylon for 22 years, and the book claims to record seven visions of him. Three themes run through the book and visions: (1) Israel’s judgment; (2) the nations’ judgment; and (3) Israel’s future blessings.

Is this odd event near the Sun, as Ezekiel predicted, the harbinger, the messenger?