You may think that this video was edited around and that the pictures that came of it were all just photoshopped but you’d be wrong.

Every expert that looked at these pictures and the video below couldn’t help but notice the amount of detail going around in each pic, and before long people started demanding answers.

What caused the strange spiral cloud formations in the first place? Is this all just nature going wild, did aliens visit us here or is this the most detailed photoshop we’ve ever seen?

According to experts, the answer is actually a lot simpler than it may seem. The people from The Vane were the first to voice their opinions, stating that this is a rare weather phenomenon which oversees the temperature going below zero in the atmosphere, causing the water droplets to nearly freeze in space. 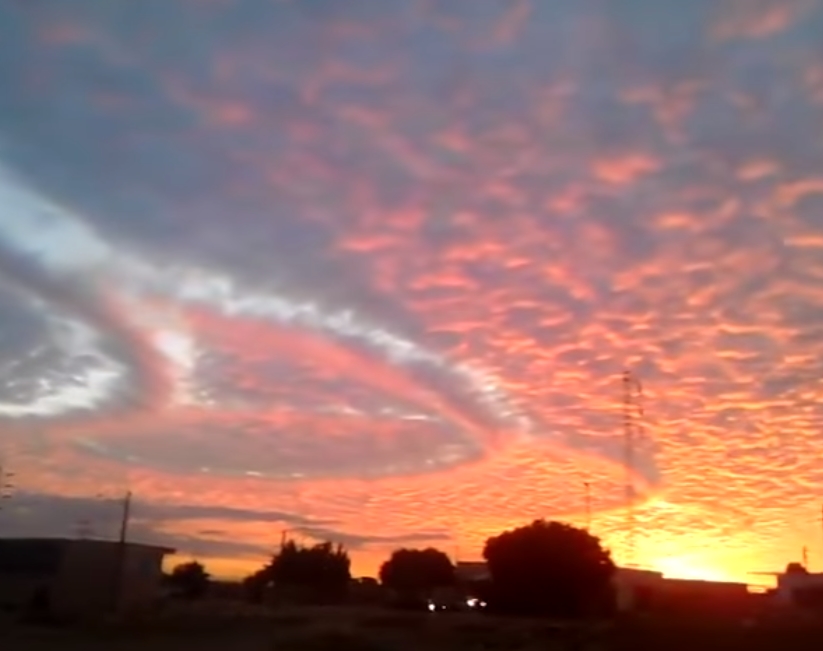 Since they don’t fully freeze however, they don’t fall, so they just lay there immovable.

When a military plane went through the area however, looping around it, it caused these strange spiral patterns to emerge out of nowhere, taking over the whole sky with these downright psychedelic formations.

The Met Office called this phenomenon “distrails” as this was all just the result of the dissipation trail left off behind by the military plane.

There are still some that believe that this is an alien phenomenon we’ve witnessed here. What do you think?